The body is roughly 60% water, and the fact that you are constantly losing water through urine and sweat, you need adequate amount of water to stay hydrated. Dehydration is bad for the health, therefore, prevention is crucial.

Health authorities commonly recommend eight 8-ounce glasses, which equals about 2 liters, or half a gallon. This is called the 8×8 rule and is very easy to remember. However, some health gurus believe that you need to sip on water constantly throughout the day, even when you’re not thirsty.

According (NIH) – U.S. National Library of Medicine , there is a rich scientific literature regarding hydration status and physical function that began in the late 1800s, although the relationship was likely apparent centuries before that. A decrease in body water from normal levels (often referred to as dehydration or hypohydration) provokes changes in cardiovascular, thermoregulatory, metabolic, and central nervous function that become increasingly greater as dehydration worsens. Similarly, performance impairment often reported with modest dehydration (e.g., -2% body mass) is also exacerbated by greater fluid loss. 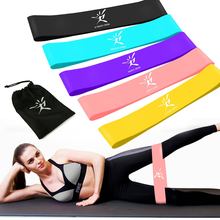 Dehydration during physical activity in the heat provokes greater performance

decrements than similar activity in cooler conditions, a difference thought to be due, at least in part, to greater cardiovascular and thermoregulatory strain associated with heat exposure. There is little doubt that performance during prolonged, continuous exercise in the heat is impaired by levels of dehydration >or= -2% body mass, and there is some evidence that lower levels of dehydration can also impair performance even during relatively short-duration, intermittent exercise.  Although additional research is needed to more fully understand low-level dehydration’s effects on physical performance, one can generalize that when performance is at stake, it is better to be well-hydrated than dehydrated. This generalization holds true in the occupational, military, and sports settings, in terms of fluid balance effect on strength, power and high-intensity endurance.

This can lead to altered body temperature control, reduced motivation, increased fatigue and make exercise feel much more difficult, both physically and mentally (^), if we do not stay hydrated

Losing as little as 2% of your body’s water content can significantly impair physical performance.

Studies also show that even mild dehydration (1-3% of body weight) can impair many aspects of brain function in both Male and Female.

Hydration is of vital importance for the human body, especially for brain functions. Hence, while a few studies have explored the effects of dehydration on cognitive performance, there have been no consistent findings owing to some confounding factors. Moreover, studies about changes of brain volume and other aspects of the brain were few, which is in need of being more investigated.

Other studies with similar conclusion include:

Mild dehydration (fluid loss of 1-3%) can impair energy levels and mood, and lead to major reductions in memory and brain performance.

Hydration And Headaches. Help to Prevent and Treat Headaches.

Headaches are one of the most common causes of pain and missed days of work. But what are the key signs that a headache might be due to dehydration?

The body requires the proper balance of fluid and electrolytes to function properly. Every day, the body loses water through daily activities, such as sweating and urinating. Most of the time, the amount of fluid lost is easily balanced through drinking or eating fluid-rich foods. However, sometimes the body loses water faster than it can be replenished. During these times, the body can become dehydrated, which can lead to complications including unpleasant dehydration headaches.

Dehydration can trigger headaches and migraines in some individuals, several studies have shown that water can relieve headaches in those who are dehydrated.

Study conducted at the National Hospital for Neurology and Neurosurgery, London, UK, systematically gathered Family members, colleagues, and acquaintances were asked whether they experienced a headache when deprived of fluids. If they had, information was obtained regarding the location and quality of the headache, whether activity or posture influenced the pain, and what amount of fluid and time was needed to relieve symptoms. 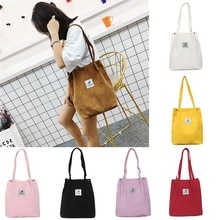 Approximately 1 in 10 interrogated subjects experienced water-deprivation headache, aching in the majority and accentuated by head movement, bending down, or walking. The 34 subjects were divided into 2 groups according to the time taken to relieve the headache by drinking water: total relief within 30 minutes by drinking 200 to 1500 mL (mean, 500) occurred in 22 subjects, and within 1 to 3 hours by drinking 500 to 1000 mL (mean, 750) in 11 subjects; 1 subject required sleep in addition to fluid intake. Surprisingly, the Internet revealed many references to water deprivation inducing headaches.

However, this appears to depend on the type of headache. One study of 18 people at the Department of General Practice, Research Institute Caphri, University of Maastricht, Maastricht, The Netherlands found that water had no effect on the frequency of headaches, but did reduce the intensity and duration somewhat. However, Drinking water can sometimes help relieve headache symptoms, especially in people who are dehydrated.

Drinking plenty of water can help prevent and relieve constipation, especially in people who generally do not drink enough water.

Dehydration is one of the most common causes of chronic constipation. The food you eat makes its way from your stomach to the large intestine, or colon. If you don’t have enough water in your body already, the large intestine soaks up water from your food waste. This makes you have hard stools that are difficult to pass.

Constipation defined as changes in the frequency, volume, weight, consistency and ease of passage of the stool occurs in any age group. The most important factors known to promote constipation are reduced physical activity and inadequate dietary intake of fibres, carbohydrates and fluids. Fluid losses induced by diarrhoea and febrile illness alter water balance and promote constipation.

Constipation occurs when the stool in your colon gets dehydrated. Water is withdrawn from the large intestine to hydrate the body. When there is too little water available, the stool becomes dry, hard and difficult to move through the colon.

Increasing fluid intake is often recommended as a part of the treatment protocol, and there is some evidence to back this up. Most people pick up a box of laxatives when they are constipated, but this is not the best idea. Laxatives are like little bombs that go off in your colon! Laxatives cause bowel movements by irritating the colon. This causes the muscles in the colon to spasm, artificially ejecting the stool.

This is not a good thing because it trains the colon to rely on outside help to go “number two.” Essentially, laxatives make the muscles in the colon become “lazy.” This will lead to chronic constipation and a dependence on laxatives.

Since constipation is related to dehydration in the colon, you need to make sure you are drinking lots of water. When your body is properly hydrated, less water will be withdrawn from the colon. This will keep your stool soft and easy to pass.

According to the National Kidney Foundation, Did you know that one in ten people will have a kidney stone over the course of a lifetime? Recent studies have shown that kidney stone rates are on the rise across many countries of the world. Those in the know believe that some major misconceptions and myths may be the culprit.

Urinary stones are a common condition characterized by high incidence and high recurrence rate. For a long time, increased water intake has been the main preventive measure for the disease and its recurrence.  Urinary stones are painful clumps of mineral crystal that form in the urinary system. The most common form is kidney stones, which form in the kidneys.

There is limited evidence that water intake can help prevent recurrence in people who have previously gotten kidney stones, however, the systematic review in a study conducted by Tommie Prasetyo, Ponco Birowo and Nur Rasyid of the Department of Urology, Faculty of Medicine, Universitas Indonesia on ‘The Influence of Increased Fluid Intake in the Prevention of Urinary Stone Formation’, demonstrated that increased fluid intake of more than 2500 mL/ day or target of urine production of 2000 mL/ day reduced the risk of urolithiasis formation in subjects both with and without prior history of urolithiasis (RR = 0.45-0.71).

The results of this systematic review showed that increased fluid intake (intake of more than 2,500 mL/day) showed protective effects from the incidence of urolithiasis with variable relative risks ranging from 0.53 to 0.71. This result is similar with the general recommendation of urolithiasis prevention from the European Association of Urology and other literature, which recommends fluid intake of 2.5-3 liters/ day with minimal urine production target of 2 liters/day .

Higher fluid intake increases the volume of urine passing through the kidneys, which dilutes the concentration of minerals, so they are less likely to crystallize and form clumps. Water may also help prevent the initial formation of stones, but studies are required to confirm this.

Alkaline water also be linked to supplying of some calcium, which binds to oxalate (a component of kidney stones)  in the intestines.

A hangover refers to the unpleasant symptoms experienced after drinking alcohol. Alcohol makes you pee more, which can lead to dehydration. Dehydration is what causes many of the symptoms of a hangover, so the more water you drink, the more fluids you replace and the better you will feel.

Other symptoms are thirst, fatigue, headache and dry mouth.

Hangovers are partly caused by dehydration, and drinking water can help reduce but not cure some of the main symptoms of hangovers.

Hydration is the key to success with any weight loss programme and nothing hydrates you better than plain water. Even though it is not officially a nutrient, it is essential to our health and, despite media stories highlighting how important water is, most of us still don’t drink enough of it.

This is due to the fact that water can increase satiety and boost your metabolic rate. On average, we should aim to drink about 2 litres of water a day to prevent dehydration. That’s the equivalent of about 8 glasses – not a lot when you break it down. Water is particularly important when you’re trying to achieve a healthy weight loss, as it improves the digestive system so that fats are eliminated from the body more efficiently. In effect, drinking water helps to flush your system out. It also reduces fluid retention and decreases the appetite. In fact, people often mistake thirst for hunger, so if you feel like a snack, try first drinking a glass of water. Very often, this satisfies the craving and stops you reaching for calories you don’t need. 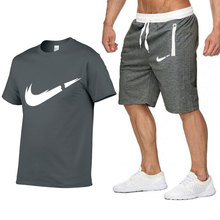 Water consumed before a meal has been found to reduce energy intake among non-obese older adults. It can make you feel more full and its a natural appetite suppressant, so that you eat fewer calories.

Without water, the body cannot properly metabolize stored fat or carbohydrates. The process of metabolizing fat is called lipolysis. The first step of this process is hydrolysis, which occurs when water molecules interact with triglycerides (fats) to create glycerol and fatty acids. Drinking enough water is essential for burning off fat from food and drink, as well as stored fat. It is actually best to drink water cold, because then the body will use additional energy (calories) to heat the water to body temperature.

However, given the high prevalence of overweight and obesity among older adults, future studies should determine whether pre-meal water consumption is an effective long-term weight control strategy for older adults. 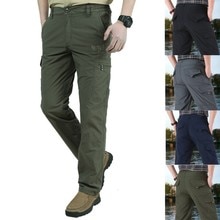 This site uses Akismet to reduce spam. Learn how your comment data is processed.

This is an Integrated Accounting and Outsourcing Consulting Services site which aims to improve clients business growth and expansion, while campaigning for good lifestyle and wellness. Links outside the website are of third party and may or may not be affiliateed site. Posts and articles are for general information purpose only and do not constitute any advise.
Loading Comments...
Comment
×
%d bloggers like this: